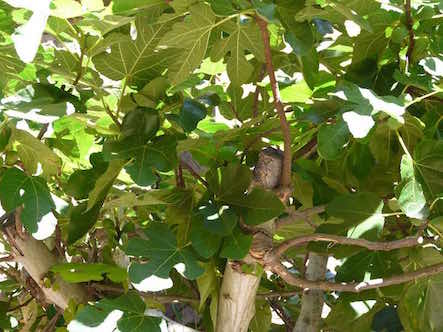 Monotheism and internal plurality in the Godhead

Jesus Christ is “one Lord” associated in equality with God the Father:

Mediator between God and mankind:

For there is one God and one mediator between God and mankind, the man Christ Jesus, 1 Timothy 2.5.

Both God and man

Jesus Christ is both God and man.

This fundamental claim had to be rooted in the faith of the converted Gentile, he must now exclude any reference to demigods, heterogeneous mixtures of men and gods, that is to say between beings of different natures.

Possible unity between persons of the same divine essence

If the unity in the Trinity is only possible between persons of the same essence, and if one of them is God, it follows necessarily that the other people have equally that same divine essence.

The challenge to the Greek also concerns the Jew:

How to reconcile monotheism with an internal  plurality to divinity? Can we find clues in the texts of the Old Testament?

The plurals of Genesis go in this direction

And the LORD God said, “The man has now become like one of us, knowing good and evil. Genesis 3.22.

“Come, let us go down and confuse their language so they will not understand each other.” Genesis 11.7

These plurals indicate some deliberation in God.

Word of the Lord YHVH to Adonai my Lord : “Sit at my right hand until I make your enemies a footstool for your feet

YHWH, Yahweh, the proper name of God responds to Adonai, the Lord, the common way to refer to God.

the more accurate one of Psalm 45.8

You love righteousness and hate wickedness. Therefore God Elohim, your God ELOHEIKHA  has set you above your companions by anointing you with the oil of joy.

By the word of  Yahweh  ADONAI DEVAR the heavens were made, their starry host by the breath of his mouth.BERUKH PIO

The word of God (ADONAI DEVAR) is associated with breath, breath of his mouth (BERUKH PIO). The spirit (or breath) of God is active in the creation and in the redemption.

So is my word that goes out from my mouth: It will not return to me empty, but will accomplish what I desire and achieve the purpose for which I sent it. Isaiah 55.11.

Finally, the Wisdom of Proverbs 8, preexisting to the creation of the world, is an associate of God and participates in the work of creation by God.

The indices are in pairs, Word with Spirit, Wisdom with God.

From plurality to Trinity as early as the Old Testament?

Can we specify more and go from plurality to Trinity from the Old Testament on? Many scholars have tried to do so over the centuries, especially Philo of Alexandria in his mathematical speculations about the number 3.

The LORD appeared to Abraham near the great trees of Mamre while he was sitting at the entrance to his tent in the heat of the day. Abraham looked up and saw three men standing nearby. When he saw them, he hurried from the entrance of his tent to meet them and bowed low to the ground.He said, “If I have found favor in your eyes, my lord, do not pass your servant by.

Another text of the Old Testament may also suggest the Trinity: the triple Holy, Holy, Holy of Isaiah’s vision in Isaiah 6.3.

And they (the seraphim) were calling to one another: “Holy, holy, holy is the LORD Almighty; the whole earth is full of his glory.”

The New Testament writers have linked the Trisagion with the three persons of the Trinity:

• with the Father as “the Lord of hosts“

Isaiah said this because he saw Jesus’ glory and spoke about him. John 12.41

• with the Holy Spirit by Paul’s reference warning the Jews of Rome who questioned his teaching about Jesus Christ:

According to Didymus the Blind, a theologian of the 3rd century in Egypt, we can see in the one who speaks the Father, the Son and the Holy Spirit, according to the biblical texts themselves.

Letters and Papers, thoughts of a lucid Christian on his time

Healing of the blind born, miracle of Christ, by a painter