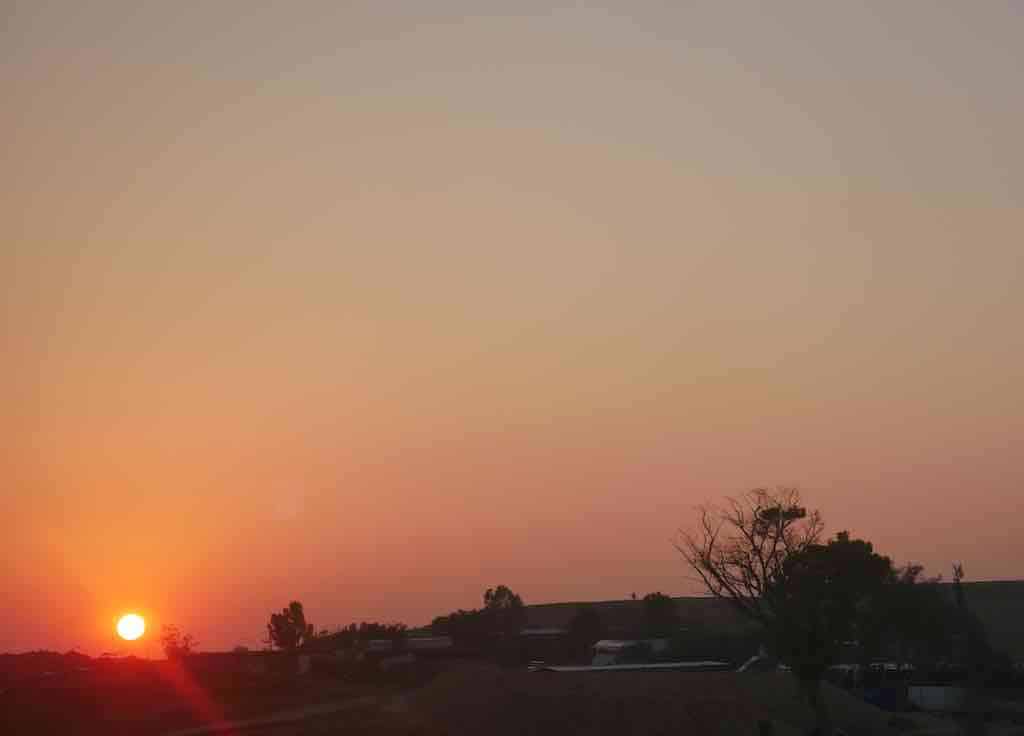 Waiting for the Holy Spirit in Jerusalem

On the day the Lord returned to His Father, He asked the disciples to stay in Jerusalem and wait there to receive the Holy Spirit, to be filled with the Holy Spirit who would equip them for their service as witnesses of the Kingdom of Heaven. This is what they do, probably in the house where they had already celebrated the Passover with Jesus: Acts 1:14.

By mutual agreement they often meet to pray with some women, including Mary, the mother of Jesus, and with Jesus’ brothers. Perhaps that day it is a gathering of the 120 people who are sometimes referred to
But they don’t know the date and ten days will go by like that, in the meantime.

2 When the day of Pentecost came, they were all together in one place. 2 Suddenly a sound like the blowing of a violent wind came from heaven and filled the whole house where they were sitting.v3 They saw what seemed to be tongues of fire that separated and came to rest on each of them. 4 All of them were filled with the Holy Spirit and began to speak in other tonguesax as the Spirit enabled them.

5 Now there were staying in Jerusalem God-fearing Jews from every nation under heaven. 6 When they heard this sound, a crowd came together in bewilderment, because each one heard their own language being spoken. 7 Utterly amazed, they asked: “Aren’t all these who are speaking Galileans? 8 Then how is it that each of us hears them in our native language? 9 Parthians, Medes and Elamites; residents of Mesopotamia, Judea and Cappadocia,, Pontus and Asia, 10 Phrygia and Pamphylia, Egypt and the parts of Libya near Cyrene;g visitors from Rome 11 (both Jews and converts to Judaism); Cretans and Arabs—we hear them declaring the wonders of God in our own tongues!” 12 Amazed and perplexed, they asked one another, “What does this mean?”13  Some, however, made fun of them and said, “They have had too much wine.”

Pentecost is one of the three major annual festivals that bring together Jews from all over the world. It is at the end of the barley harvest. But what is less well known is that, according to Jewish tradition, it was also fifty days after Passover that Moses received the Law in Sinai.

One day Moses had made a remarkable wish on an occasion that curiously resembled the scene of jealousy of John’s disciples towards Jesus: Numbers 11:26-29. God welcomes this wish and makes it a prophetic announcement: Joel 3:1-5. In his masterful presentation (17-21) Peter took up this prophecy again to explain to the immense crowd of Jews gathered for the feast that today they are witnessing its fulfillment.

Let us immediately notice that what is happening here is not simply a subjective event, difficult to identify and explain. Things are obvious to a huge crowd. God is at work and there are things happening that the crowd hears and sees.

A storm roar comes from heaven, from God, it fills the room and sounds far beyond. There are kinds of tongues of fire on the heads of each of them, that is, on the apostles, on the non-apostles and on the women (Joel mentioned girls and maidservants).

Even more impressive is what happens then: here are Galileans, known for their ignorance and even for their strange way of pronouncing their motherly Aramaic, who begin to speak in all the languages of the then known world. Not a stutter or the continuous repetition of the same two meaningless syllables, but they celebrate the great deeds, the wonderful things that God has done (11).

They probably had left the house in the meantime and so the whole crowd hears them, amazed to be able to understand them in their respective mother tongues. It is not a calm and ordered preaching, but as many as they are, each of the believers is seized by the Holy Spirit. Forgetting everything else, they adore and praise very loudly, they celebrate in a very intelligible way the majesty, holiness, love and grace of God manifested in what they have experienced with him. Each in his own way, at his own level, is a witness of the living God who gives grace to his creatures.
So, inevitably, people wonder:

Some observations and remarks

A. The inversion of Babel

At an elementary level it is sometimes said that Pentecost is the inversion of the event of Babel (Genesis 11:1-9). All of humanity then had one language, and therefore one unique culture. Humans did not want to spread all over the world, as God had wanted, and they decided to gather in a city with a huge tower. They wanted to make a name for themselves with their mass and this building. A typical example of a unity manufactured artificially and against the will of God.

In Jerusalem the crowd is almost exclusively made up of Jews. In addition to the language of their adopted country, they probably know at least a little Aramaic to be able to communicate in Judea. God’s intervention does not consist in creating a new language common to all, which would make the link in this enormous diversity. No, the diversity of mother tongues remains and is not an obstacle. On that day God gives them an inner bond of eternal vocation: the presence and action of his Holy Spirit.

B. A testimony with a powerful impact

However disordered the testimony of the 120 to the glory of God may be, it has a powerful impact on their listeners. Indeed, its content on that day will always be more or less the same: to talk about God’s majestic works. This is how the Church is born on that day and the work of the world mission begins immediately.

God did not abolish the diversity of languages, but he took care that everyone could hear and understand the message in his own mother tongue.

The miracle of understanding

Many people think that the great miracle of that day is speaking in tongues. The amazement of people in v. 11 suggests another perspective: the miracle of understanding the message, despite the differences in languages. Speaking in tongues (which is not the same as in 1 Corinthians 12:14) is a wonderful means. But the goal, the result, much more important still, is the miracle of understanding. People have all heard and understood the same fundamental message: the great works of God made accessible and offered to anyone who comes with a sincere and open heart. It is not enough to speak the language of a stranger, the decisive action of the Holy Spirit is still needed to reach his heart and enlighten it with the divine truth. Without this miracle, the miracle of languages would remain sterile.

C. Impressed by the miracle or transformed by the message?

I dare this statement also because in v. 11-12 nothing is yet certain. There, as after Peter’s preaching, people ask an important question. However, if in v. 12 people are deeply impressed, it is also true that they are not yet deeply transformed at all as they will be in v. 37.

After Peter’s preaching, led by the Holy Spirit, 3000 people were added to the small nucleus from that first day of missionary work. What changed their hearts was not the speaking in the tongues of the disciples, but the prophetic word of Peter.

It is in this proclamation that the outpouring of the Holy Spirit reaches its full effect. This is also the reason why Paul emphasizes the primacy of the prophetic word over speaking in tongues.

This calls for yet another remark, perhaps unexpected. At Christmas there was an absolutely unique event, never repeated, just like on Good Friday and Easter. All right! All right!

The Holy Spirit is there. Then why ask him to come?

But then how do some people ask God for a new Pentecost, a new outpouring of the Holy Spirit on themselves or on their community? Have they never read John 14:15-20? …so that he may dwell with you forever…

This has consequences: I cannot sing a hymn that asks the Holy Spirit to come upon me or upon the Church. What is a Christian or a Church in which the Holy Spirit is absent? Only a person about to convert can sing such words.

Above all, let us not grieve him!

What I really need, however, is that the Holy Spirit not be saddened by me, nor confined to a few limited areas of my life. I have to (re)give him all the space and full power over my life, so that he can use it according to God’s will.

Everyone goes through what we experience as a spiritual desert at one time or another. But that doesn’t mean that the Holy Spirit has left us. God’s gifts and call are irrevocable (Romans 11:29). It is rather that he wants to teach us something in the circumstances of that moment or that we have been unfaithful on a given point. But again, if we are unfaithful, he remains faithful to Him, for He cannot deny Himself (2 Timothy 2:13). Even in this desert, then, let us rejoice rather in these two such comforting promises and continue or correct our path with him!

A new people of God

At Sinai God had formed a people set apart for himself among the nations. At Pentecost he majestically grants Moses’ wish: he grants his Spirit to all the members of his people to make them prophets.

By using a few despised Galileans, God makes his wonders heard by representatives of all the languages of the earth. And those who desire a personal relationship with him are welcomed that day by the Holy Spirit. This Spirit opens their understanding for his magnificent acts and the matching of these with his Word. In this way, he creates a new people of God on a global scale, a people united by his eternal presence among its members. It is the holy nation, the community of priest kings, the chosen race that God had announced as long ago as the 2nd book of the Old Testament (Exodus 19:5-6).

Psalm 133 : how good and pleasant for brothers

Faith and solidarity in a suffering world

To understand christian’s freedom and / or dependence on God